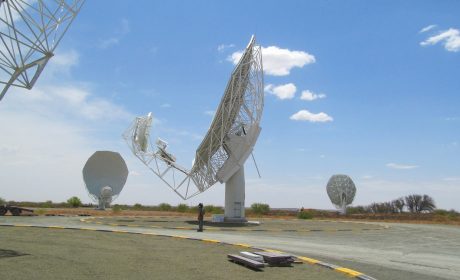 ‘Cosmic Expedition’ consists of the first chapter of a film titled ‘Fictions on the other side of the frontier’, a piece in progress, since only two of the three expeditions have been made. In the first of this series, a journey is made from the origins of humanity until the origin of the universe. After a trip from the Sterkfontein caves (Cradle of Humankind), where archaeological remains of hominid beings were first found, up to the facilities of SKA SA, which is an international project to build what will be the largest radio telescope on the planet.

This will be formed by a network of radio astronomy sensors, composed of thousands of antennas equivalent to one square kilometre of total surface distributed between two continents, Africa and Australia. Spanish scientists will be participating in all of the key research projects that are planned for this, ranging from the exploration of alien signals to the search for answers about dark energy, going through the study of the first galaxies and stars that formed after the Big Bang.The whole expedition will be marked by a series of encounters with local people and SKA workers, who will lead the way for the explorer.

The artist herself as the main character appropriates aeronaut clothes, a historical figure that emerged in Zambia when the US and the USSR were immersed in the Cold War an d in the Space Race to the moon. Although in reality it look like someone foreign who present an ambiguous identity, like an alien who has just arrived and is seeing this world for the first time. This project poses dichotomies between the resources invested in discovering the mysteries outside our planet as well as the complex political, social and environmental situation that shakes South Africa. Environmental issues arise in how technology voraciously affects its landscape, as well as how it really contributes to the social fabric. 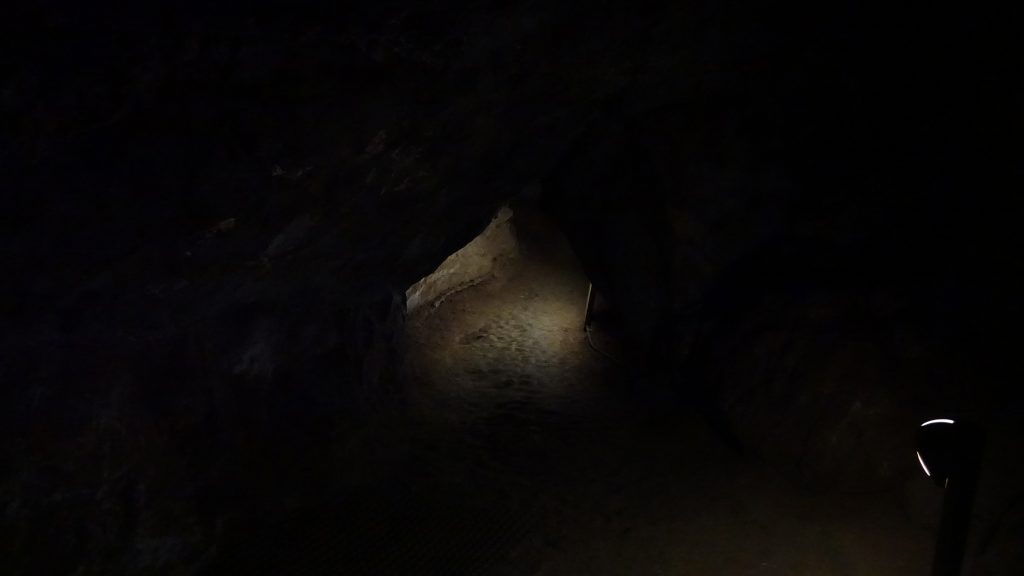 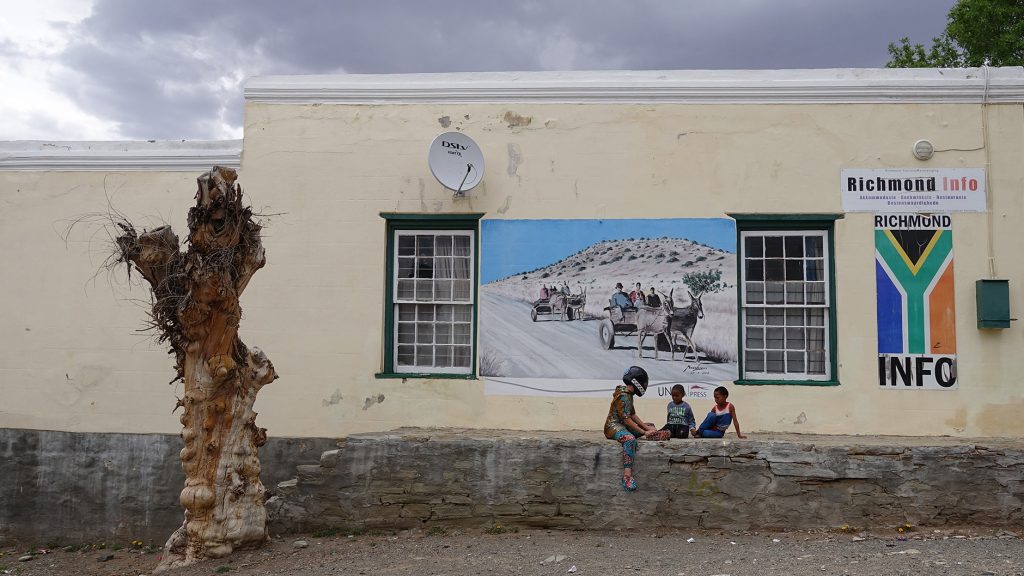 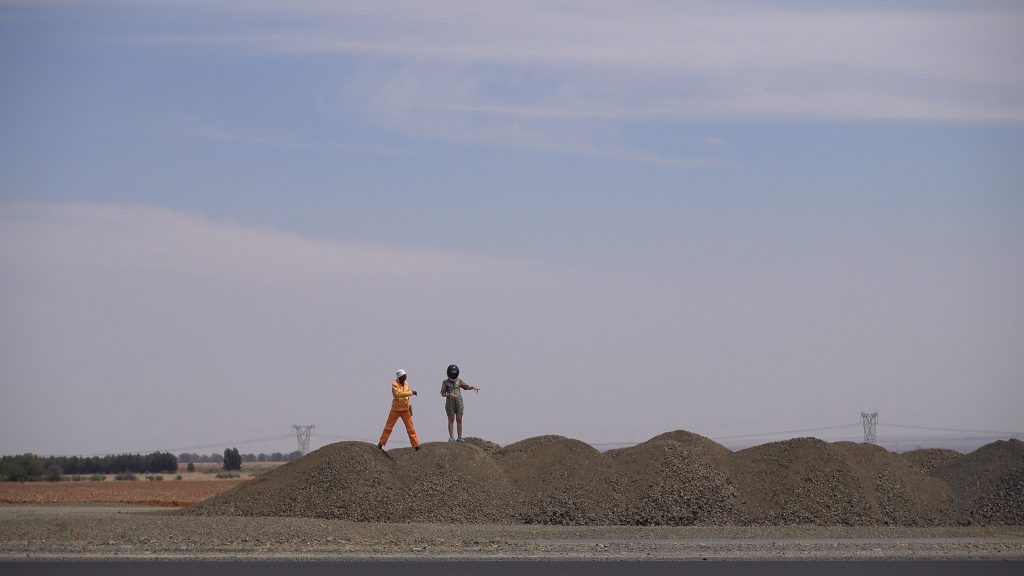 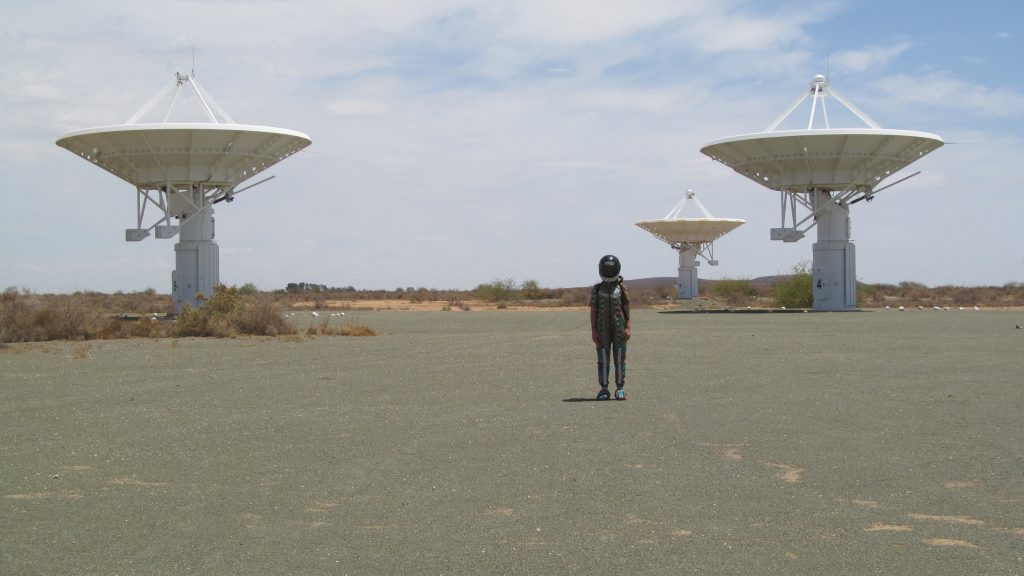 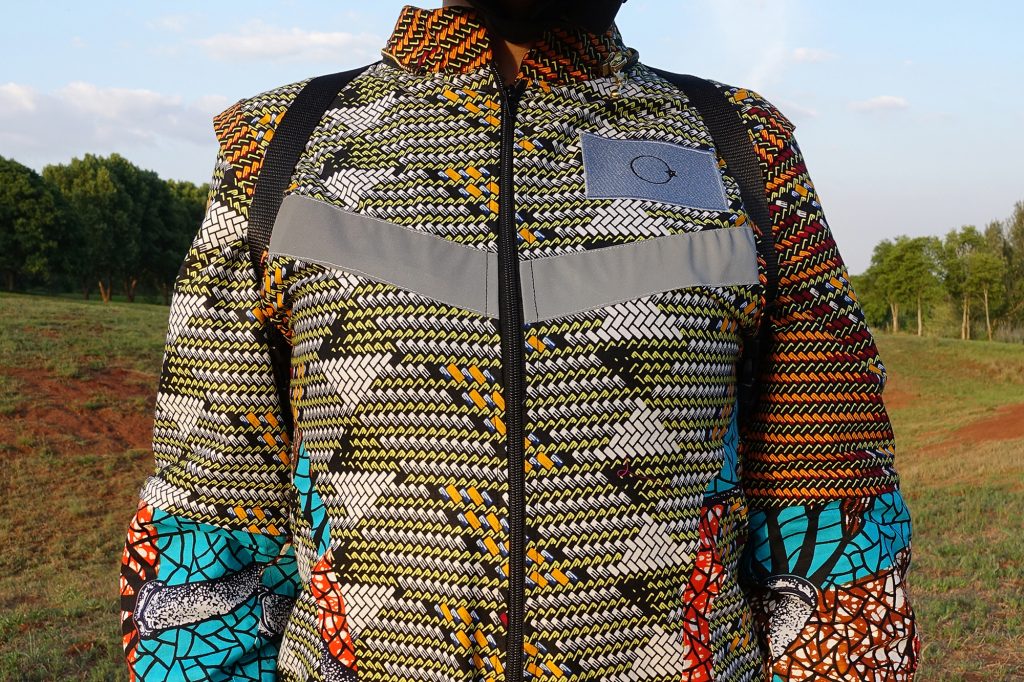 ‘Earth Constellation’ is a project that consists on placing a set of stars in landscapes around different places on our planet through expeditions carried out by the artist. These constellations are a compound of spheres made of plaster and natural pigments.

This action refers to a myth named The Nile Meridian. Through the placement of various pyramids and sets of monoliths along the Nile river, was intended to imitate the Celestial Nile or Milky Way on the Earth. Since the beginning of humanity we have contemplated the sky and told stories about the stars, the African continent is a source overflowing with traditions and stories in relation to the cosmos. In the origin myths of many African societies, the first beings descended from heaven, a world with powerful spirits and a creator god, believed to have special abilities these early ancestors founded communities and served as connectors between the realms of Earth and heaven.

The first constellation carried out by the artist is placed in South Africa (2017), from there she takes a journey all the way from Sterkfontein caves (Cradle of Humankind) to SKA SA Radiotelescope on the Great Karoo desert. This first stage was produced thanks to the «El Ranchito» grant given by Matadero Madrid, that allowed me to get into an artistic residency in Nirox Foundation, Johannesburg. 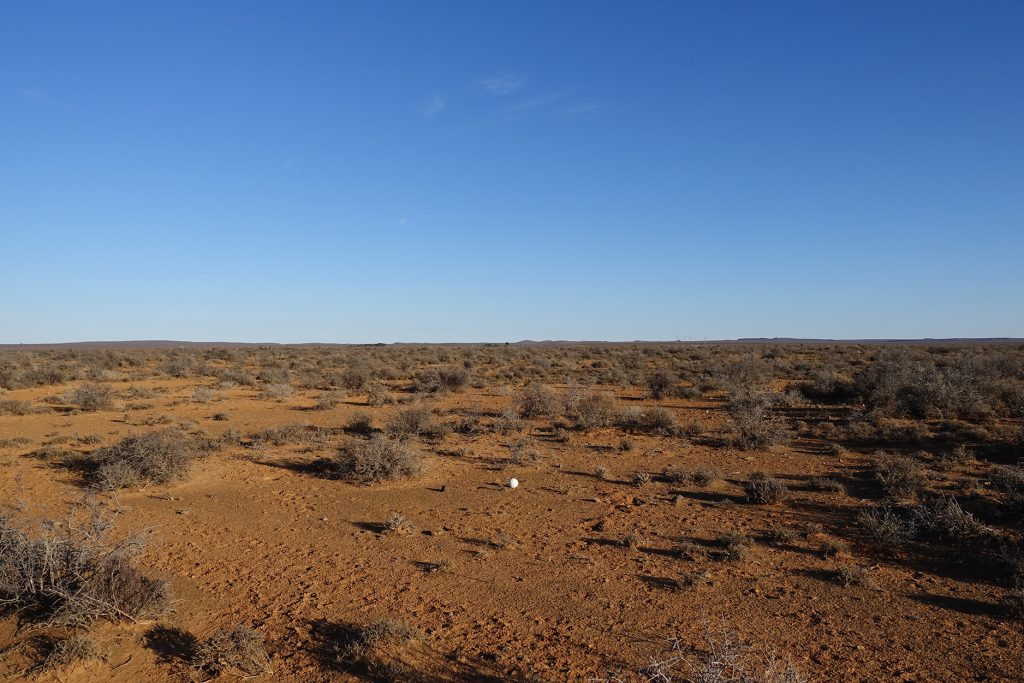 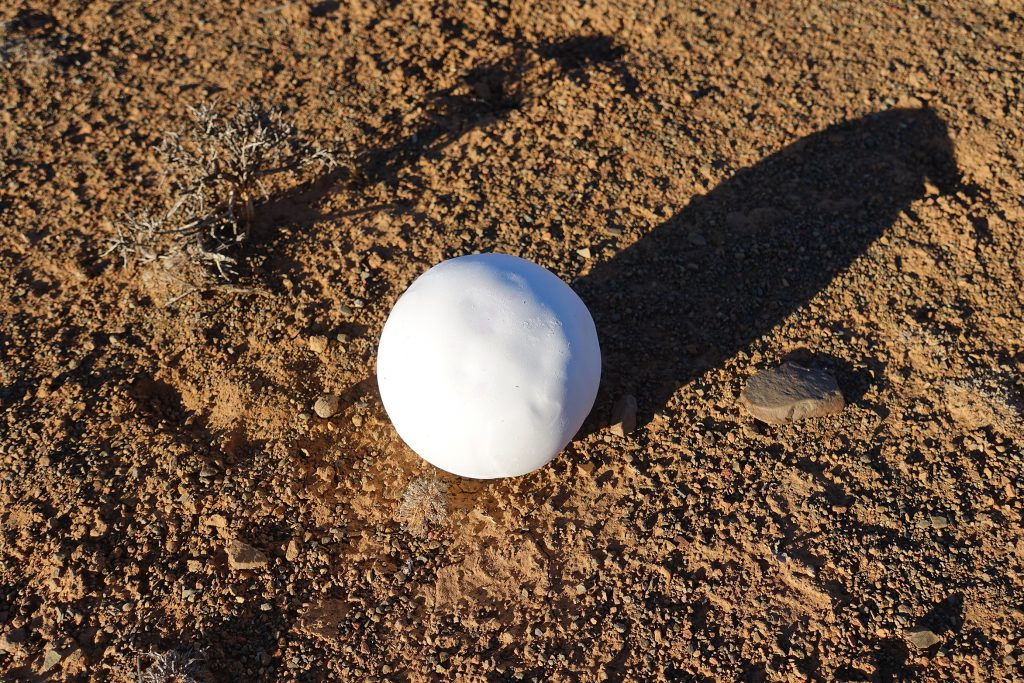 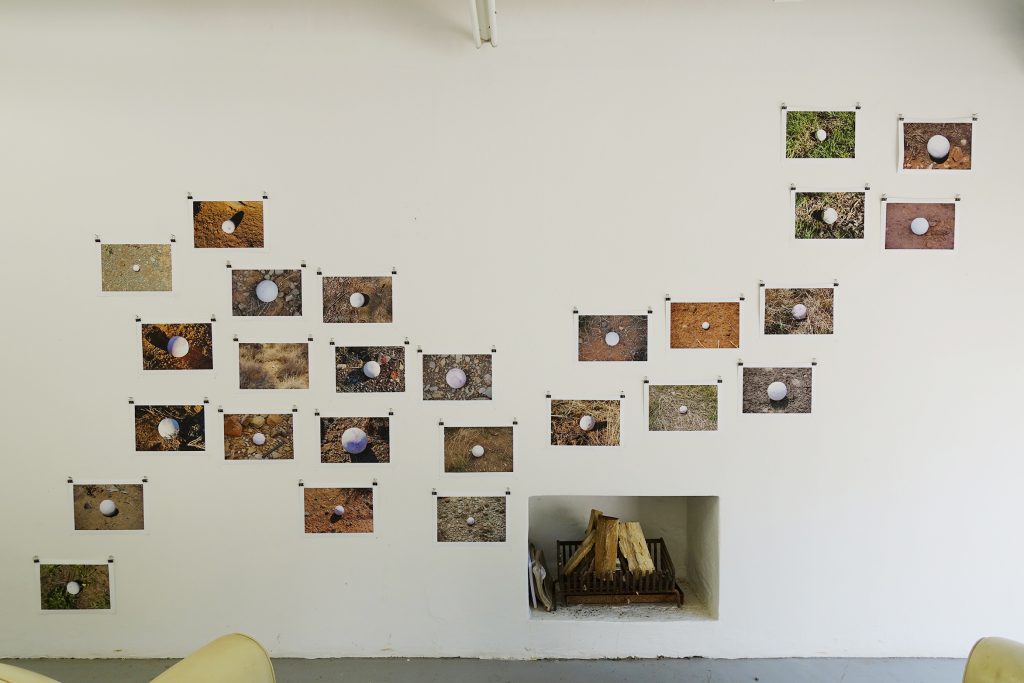 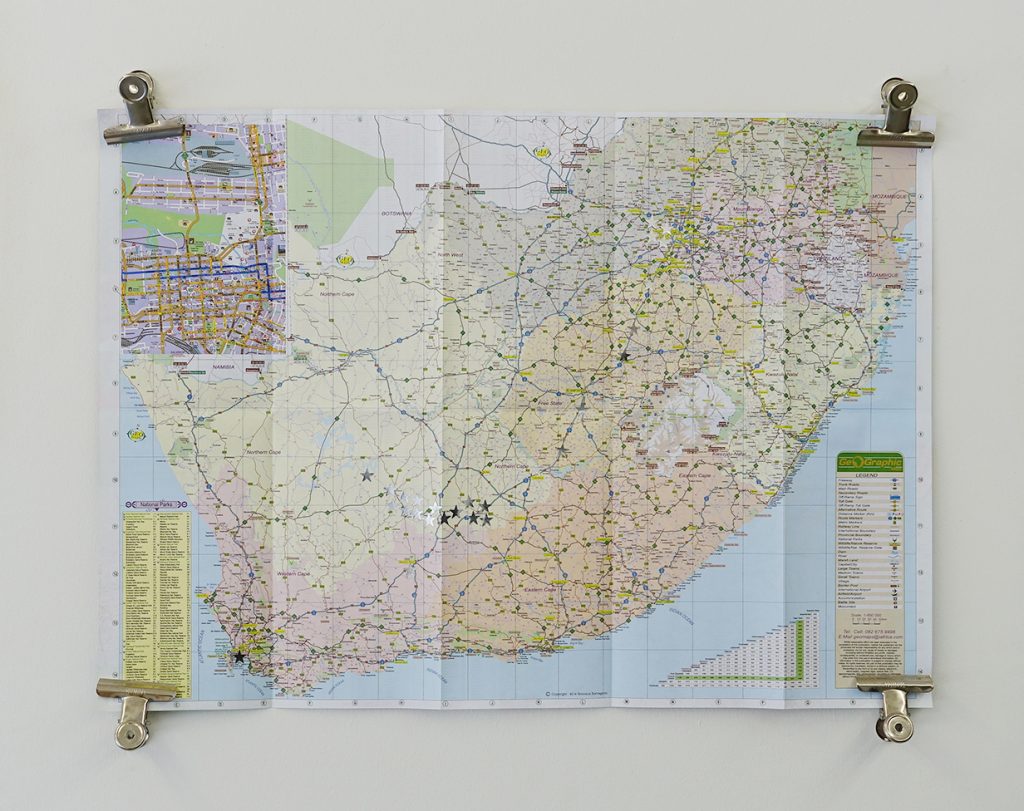 Earth constellation, 2017. Map. Offset printing, glossy paper 100 grs, 50 x 70 cm. The route drawn from Sterkfontein to SKA SA is displayed. The stars mark the points where the spheres have been placed. 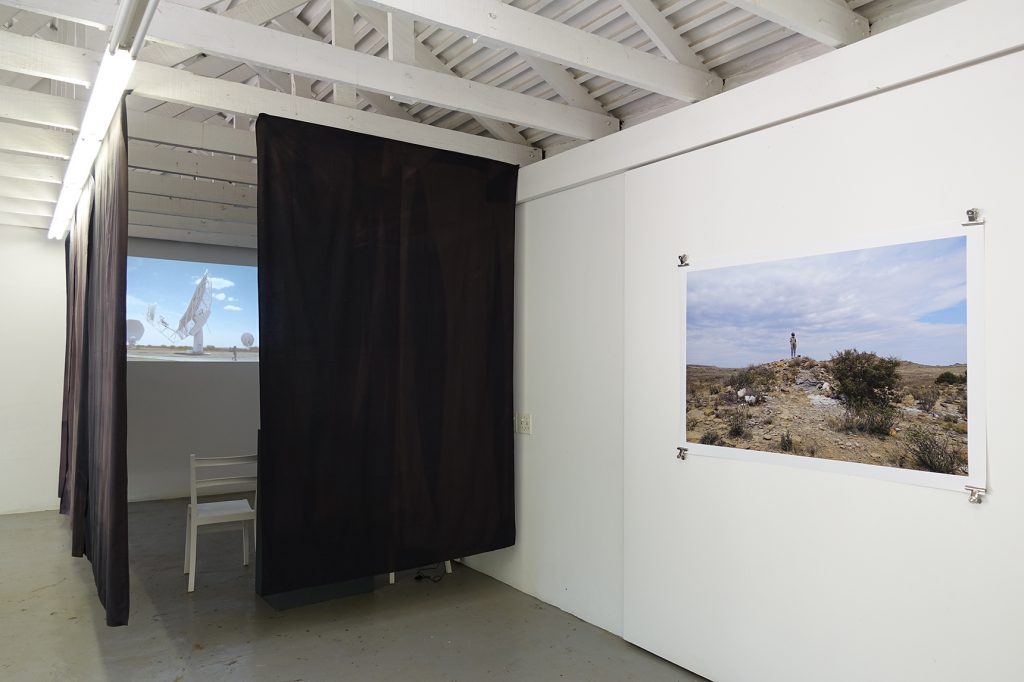